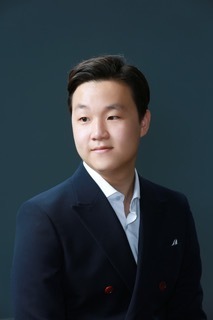 Dae Hyun Justin Cho is a Korean-born tenor, graduating from his bachelor’s degree at UBC under the direction of Peter Barcza. Mr. Cho started singing in his 3rd year of high school out of curiosity, but immediately fell in love with the art form. His inspiration for being an artist comes from his father who is a photographer. Since at UBC, he has appeared in their opera teaseries including the Canadian Opera Tea and Die Gärtnerin ausLiebe performing the role of Count Belfiore. He was also a soloist with the Vancouver Symphony Orchestra in their 2017and 2018 Traditional Christmas Concert series. Mr. Cho made his UBC main stage debut as Gherardo in Gianni Schicchi and since then he appeared as Jonathan Dale in Silent Night by Kevin Puts and will be singing in the upcoming production of Don Giovanni in June as Don Ottavio. Mr. Cho is excited to return to UBC for his master’s degree.