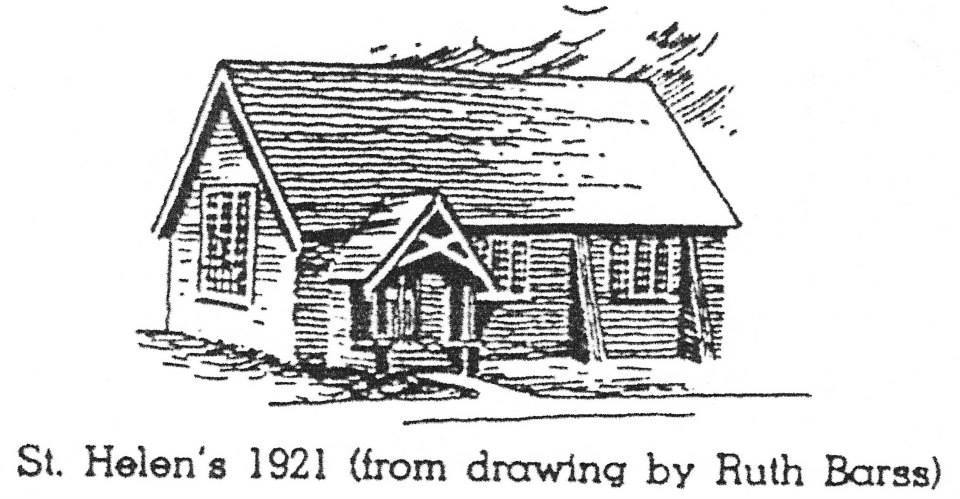 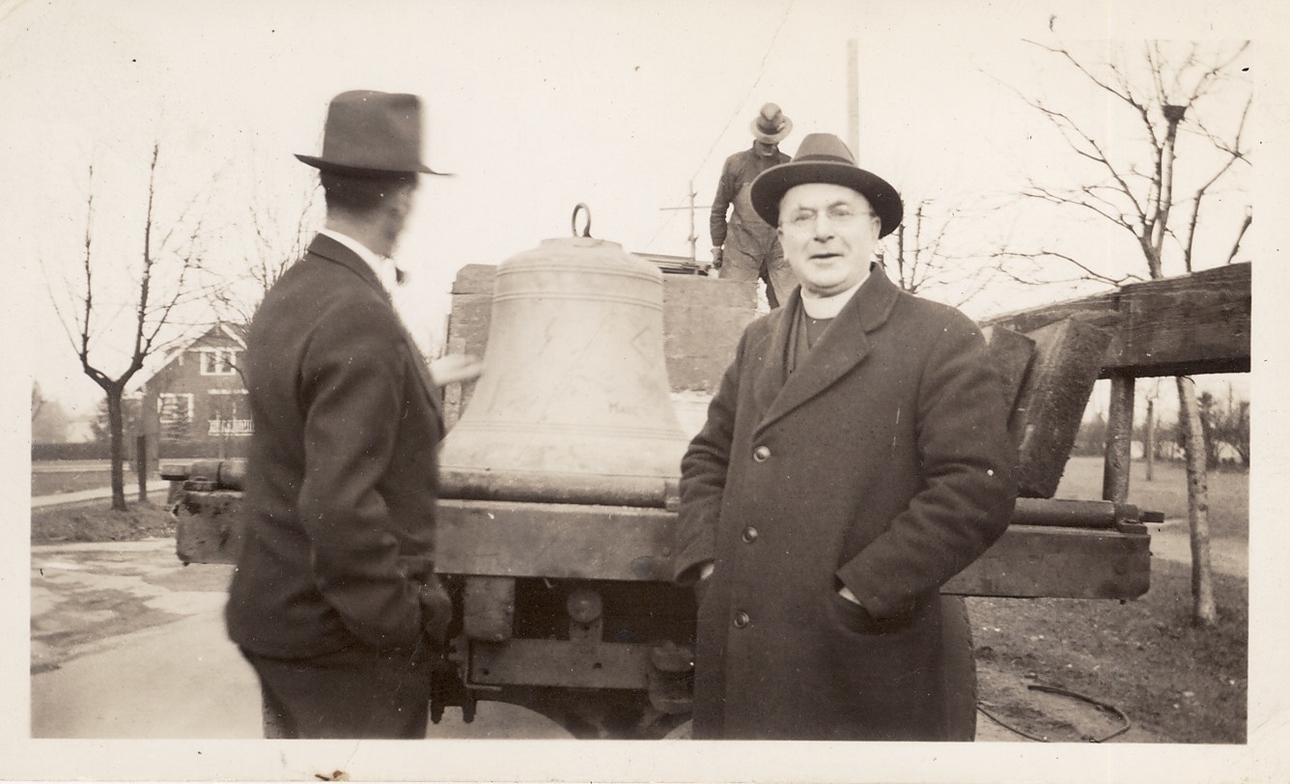 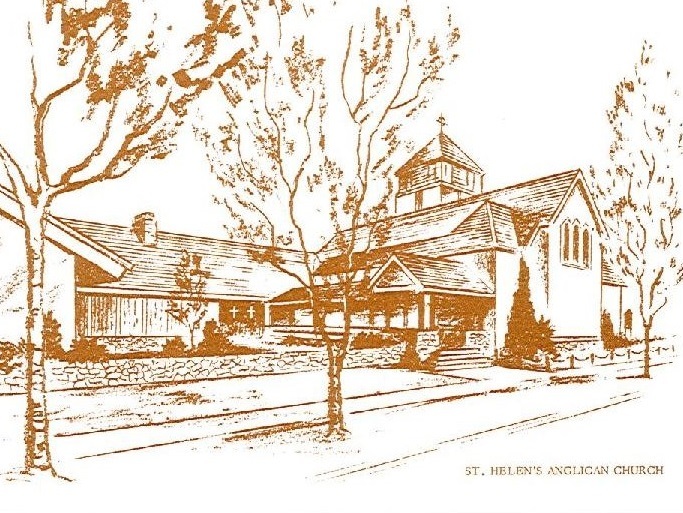 On September 22, 1912, the Reverend H. R. Trumpour and 21 parishioners gathered at the Point Grey School building (now the site of Queen Mary Elementary) to hold the first official Church of England service in West Point Grey. Services continued there until after World War I, when a small wooden church was constructed at the corner of 8th and Trimble. About 100 members were present on February 4, 1921 for the opening service in the new church. During  Dr. Trumpour's 35 years as rector, many additions were made, including a Sunday School (1924), an organ and pipes (1930), a bell tower (1938), and a rectory (1947).

The Reverend J. Whinfield Robinson followed Dr. Trumpour in 1948 and the church community continued to grow. Properties to the west were purchased, and in November 1961, the golden anniversary year, the present St. Helen’s Church Hall was opened.

On November 10, 1971, the main church building was destroyed by fire. The altar, pews, memorial windows, and the rector's office and contents were all lost, but the Church Hall survived. After the fire, St. Helen’s received many generous donations. The rebuilding of St. Helen’s proceeded apace, and on Christmas Eve, 1972 the first service was held in the new church building.

A Neighbourhood Ministry with several other local Anglican churches, offers a weekly outreach to the homeless in Point Grey and a Syrian Refugee Ministry, supporting a recently arrived family of ten. The family of St. Helen’s extends a welcome to all.